Memories, and a ukulele is the same thing as a guitar

While talking with Dan, one of the guys that I work with, my guitar and Youtube and all things Jawmunji came up in discussion. While I was laughing at his amazement at how many views I had, I mentioned I took some screen captures of "special moments" on Youtube and he convinced me to dig them up. Sadly I didn't take anywhere near enough screen captures of special moments, but here are two ones that still get a giggle from me. 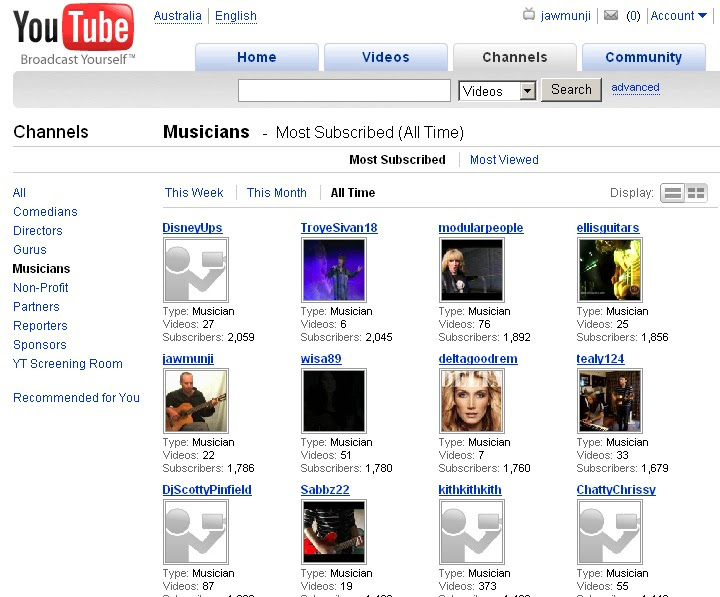 Second up, on the 6th November 2008 when I uploaded "Jealous Guy" I was the Top Rated in Australia on that day. Not the most views overall, but #1 Top Rated. Kylie Minogue and Keith - beaten! Natalie Bassingwaighte - beaten! Ha ha! (Fun fact:Youtube used to be 1-5 stars rating system before it went to thumbs up/down). 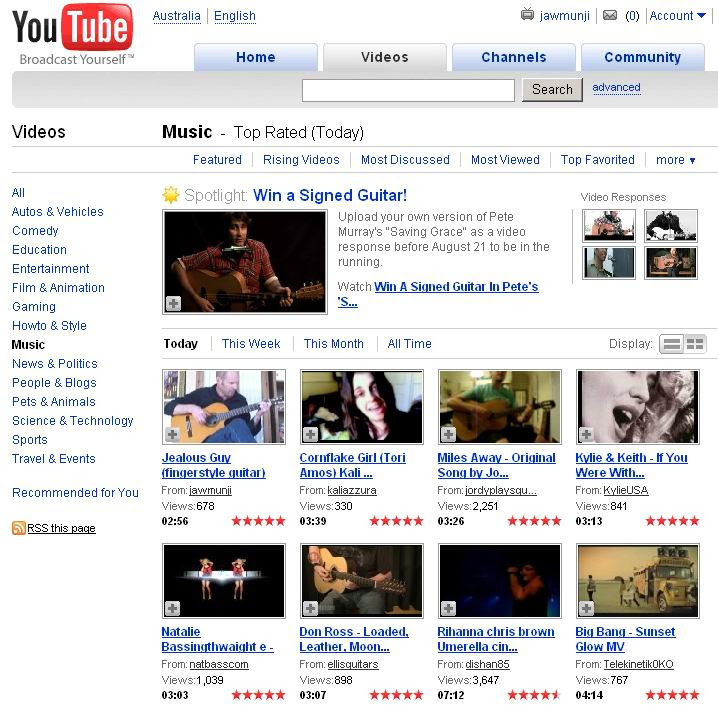 During my discussion with Dan he revealed he had bought himself a really nice ukulele, but hadn't got very far learning it. I bought a fairly nice non-toy ukulele last year - for the kids - and I had learnt a few chords but hadn't really understood it. Talking with him about it inspired me to think about it, which I did, and I realised...

AS A GUITAR PLAYER, YOU CAN PLAY THE UKE, IT'S BASICALLY THE SAME THING!

See, the tuning for a standard uke is GCEA, but that bottom G is higher than the C and E. That threw me as a guitarist. But when I learnt the G chord on the uke, which is the same shape as a guitar D chord, I realised something was going on. And in thinking, those ukulele CEA strings...if you transpose the top 3 strings of a guitar, GBE, up four steps...you get CEA! No wonder a D shape is G on the uke!

But that high G on the bass, how does that work? Hang on, 4th string D on the guitar, go up 4 steps, it is a G! Oh I see, it is the same note, but an octave higher! So, a standard ukulele is a guitar with a capo on the 5th fret, the 4th string up an octave, and the bottom 2 strings removed! Suddenly it all makes sense.

To prove this, I set about attempting to play a fingerstyle song on it, one that I had already noodled with discovering the D->G chord.  And I recorded a quick vid to show you: