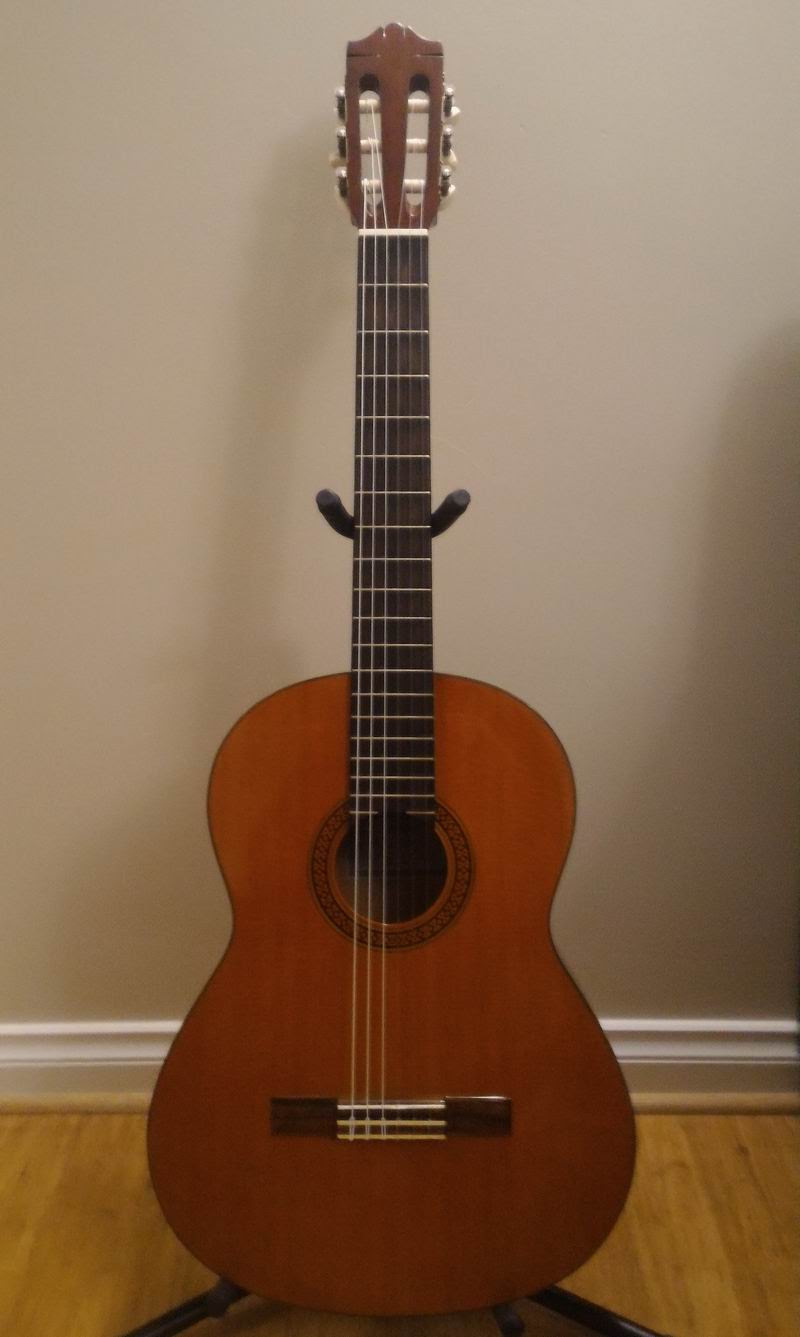 The second guitar I bought for my students is a 1989 Yamaha CG-100A. I have a soft spot for old Yamaha classical guitars. This one was a level up from a student model, slightly better woods used and a glossier finish. A good clean up and fresh strings got it back to its original glory. As with the Musima I grabbed a few weeks ago, the more I played it the more it opened up.

The dimensions of both guitars are almost exactly the same down to the millimetre. I didn't realise there was such a standard for the shape of a classical guitar! The Musima is about 1mm narrower on the neck and the action is a bit lower so it's slightly easier to play. Both shall make good beginners guitars.

The Yamaha is Japanese specification but made in Taiwan, and the Musima is German...sooo Asia versus Euro :-) I had my wife listen as I played the same songs on both to see what she thought.

Results are Asia has a better bass, it felt like the bass was deep inside and not so much projecting out but booming from within like a subwoofer. It makes the guitar sound powerful, but muddy. Euro on the other hand has a mid and treble projection that leaps out of the guitar, but the bass is subdued. My Esteve on the other hand has clear trebles, mids and bass.

But don't take my word for it, have a listen! All captured exactly the same on my Zoom H1, unproceeded, all guitars wearing brand new D'Addario EJ45 strings

So, next stop, see if I can teach two twelve year old girls how to play some classical guitar!
Posted by JAW on Wednesday, July 05, 2017