I give my left pinky a hard time. At some stage in my life I worked out how to fret an A with just my pinky, letting the top E and the bass A ring. This extends to any root 5 chord, like B for instance (bar second fret): 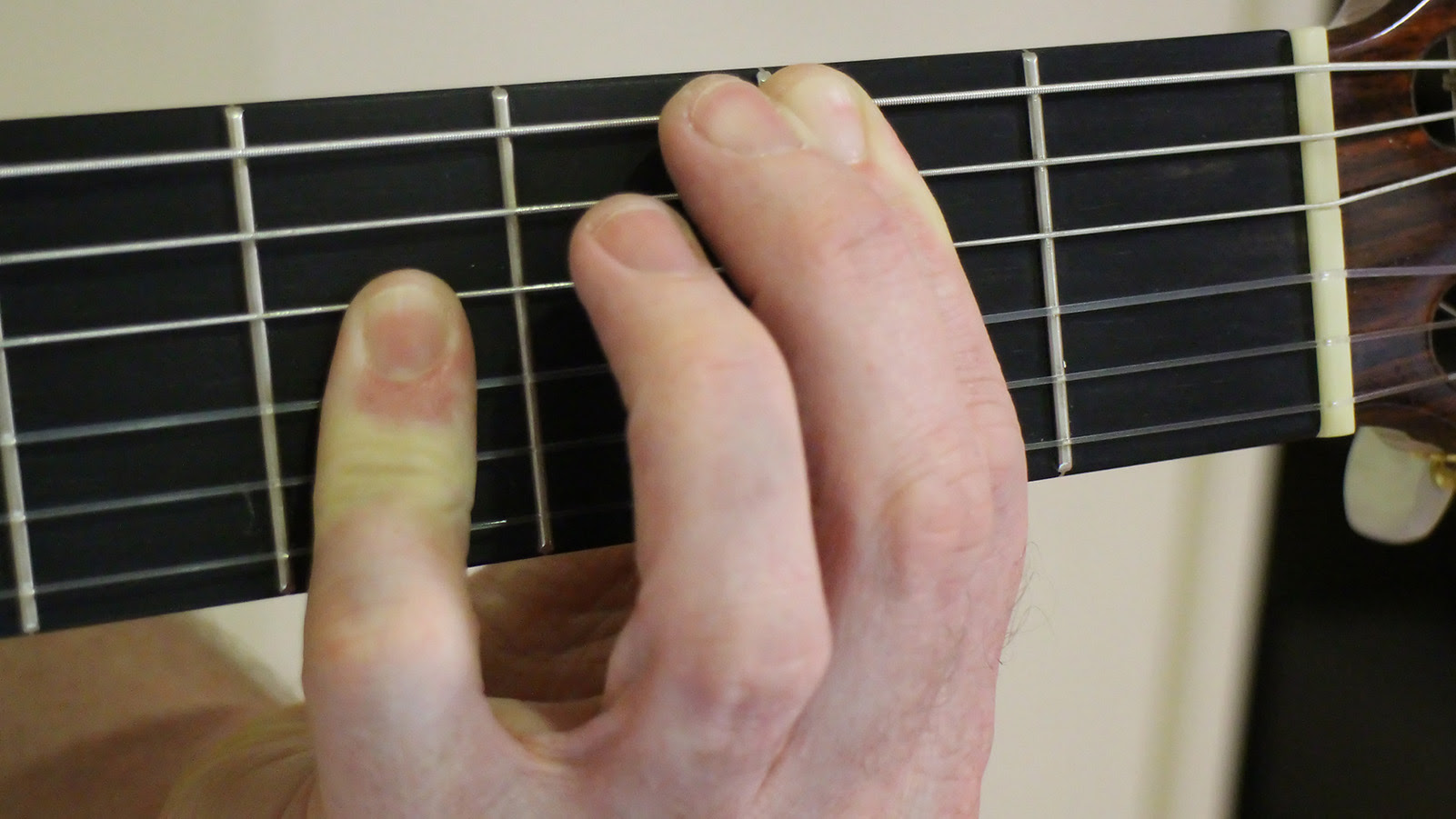 Note that only my pinky and first finger bar is doing anything here, the other two are off the strings.

Now being able to do this with your pinky is really handy, because using three fingers to fret root 5 chords is slow and often inaccurate. But look at that poor pinky, the top joint (wikipedia tells me it is the Distal Interphalangeal Joint) is bent backwards, and the middle joint is pushing it hard up against the frets. If I push too hard, too many times, for too long, I strain it. My G chord fretting is similar, I often fret the top G with the D on the second string using pinky. Like this: 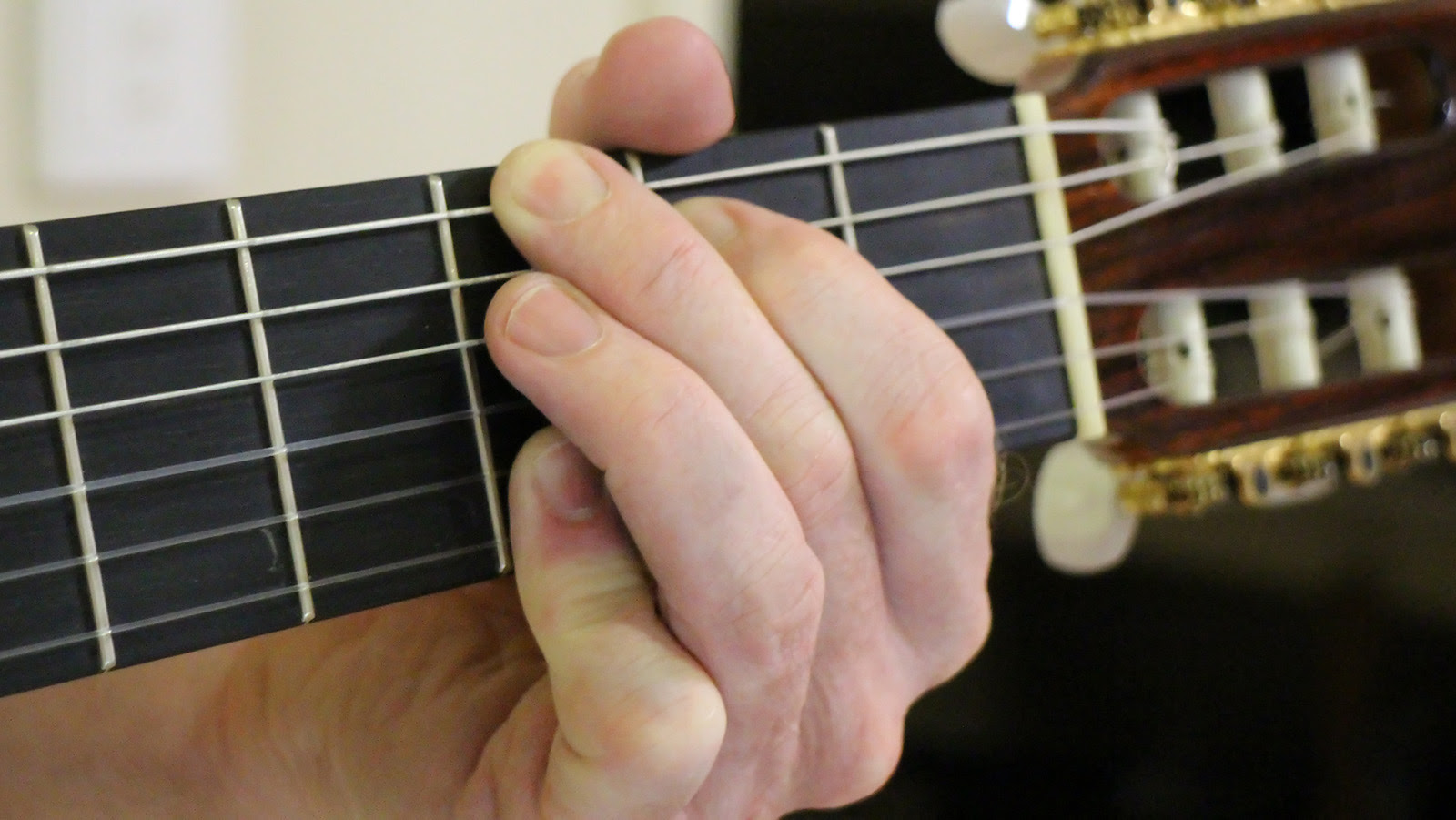 Don't be fooled, my third finger isn't on a string - 3rd and 4th strings are open. But as you can see, it is the same principle. I love the sound of a G chord with the D added!

Another thing I do with my pinky is stretch it out to fret a low F and a high A. It's an F chord...well, bass note is F, high A, second string C and third string A. Fourth and Fifth are muted. Yeah, I know, the photo doesn't look like it: 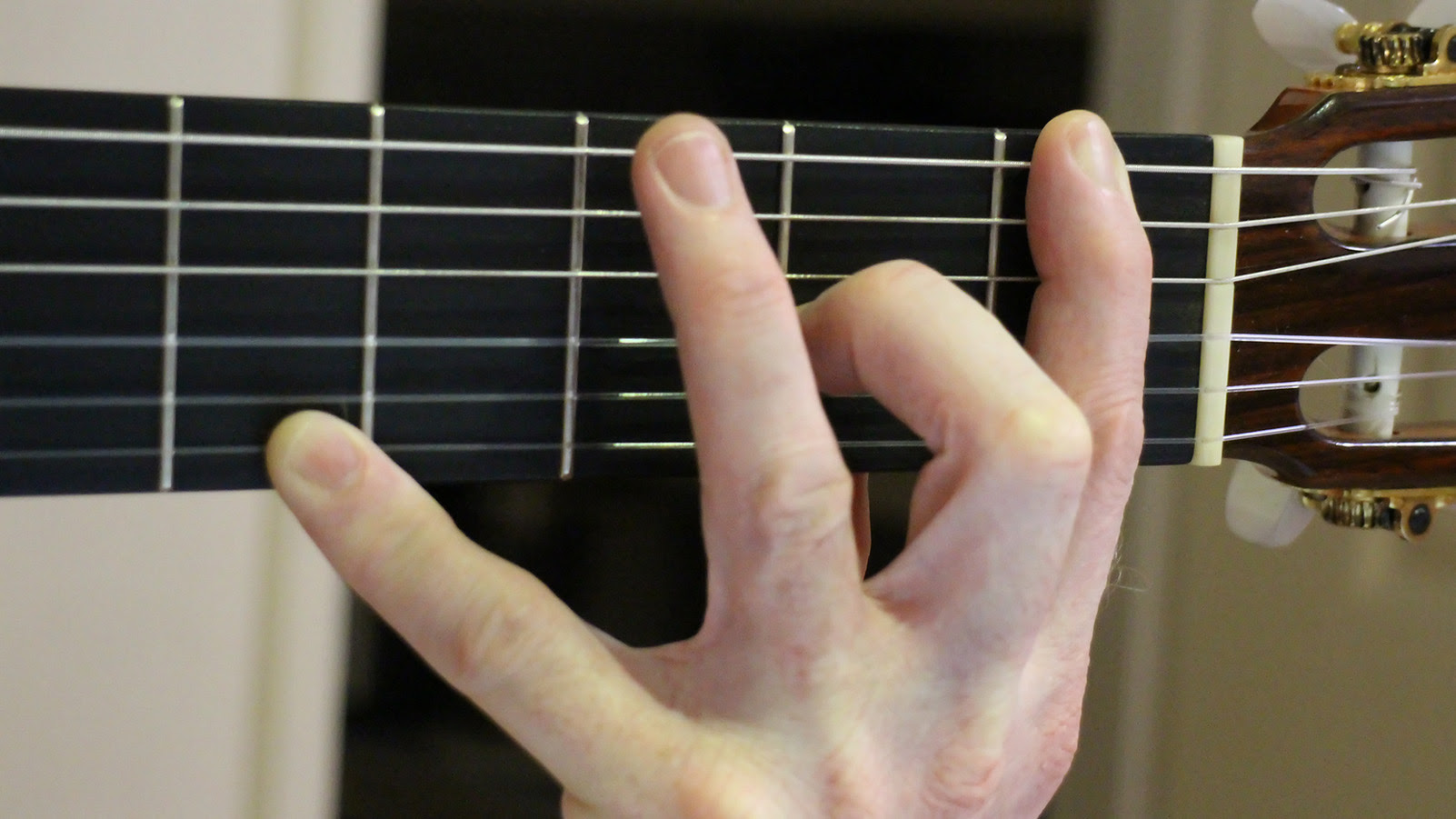 Your pinky is probably the weakest finger you own, and yet, for the guitar, I rate it as the second most useful finger after your index finger. So, we should probably take care of it.

So to reduce the amount of abuse I throw at the poor little fella, I try to observe the following, with varying degrees of success:

Email ThisBlogThis!Share to TwitterShare to FacebookShare to Pinterest
Labels: Rant and rave